Posted on October 7, 2013 by RunDedeauxRun

I haven’t checked in for a few weeks, but everything is going just fine.  I am getting my runs done and am doing a some of my cross training.  I keep saying and promising myself that I am going to do them all, but…  It’s a work in progress, I guess. 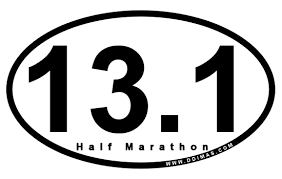 It went okay.  I woke up a little late and got out later in the morning than I’d hoped but it wasn’t much of a problem.  It was kind of warm but not too bad.  It was actually a beautiful day – clear sky, sunny and a nice temperature for most of the run.

I had a few snags – ate a granola bar which made my stomach hurt and I started out running a little faster than I should.  I tried to prepare by bringing a small container of Gatorade G2 in a pocket in my spy belt.  I took one small sip of it while I was running, but that was about it.  In hindsight, I should have sipped more.  I think I got a little dehydrated.   I mapped out a run on MapMyRun.com but I got confused at one turn and went the wrong way.  it turned out to be a nice surprise, though.  I ran a new trail, one that I’d never even heard of!  It was nice, but more importantly, it was something different to look at.  Check it out here:  http://www.greatriversgreenway.org/trails/centennial-shaw-park-to-olive.aspx

I finished the run, took my bath in Epsom Salt and all was well. 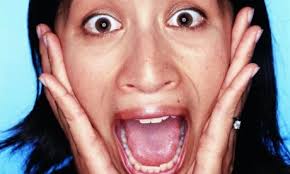 I was fooling around with my profile on RunCoach and synced my runs with NIke+.  IT CHANGED MY TRAINING SCHEDULE!  It went from having 4-5 long runs of 17 miles to TWO.  WHAT?????  I am completely freaked out.  I was already concerned that I wasn’t scheduled to run 20 miles but was slightly comforted by the fact that I would run multiple 17 milers.  TWO 17 mile runs don’t seem like enough.

I emailed (there is a ‘live chat’ option but it was late at night on Friday) a training coach to ask what happened.  Her response was that, based on my pace, I should only run 17 miles because that is how far I should be able to go in 3 hours and 45 minutes.  Apparently 3 hours and 45 minutes is the longest that RunCoach coaches advise runners to run in training – ever.

So… I am supposed to be physically and mentally prepared for a TWENTY SIX POINT TWO mile run after having run 17 ‘slow miles’ two times.  That makes me feel uncomfortable and scared.

There are a lot of articles explaining the logic and science behind this training theory.  Here are some of them if you’d like to read about it:

Are you Putting Too Much Emphasis on the Long Run…:

So, I have to figure out what to do.  I feel like I mentally need to run 20 miles during training but I also realize that there is the risk of injury and/or fatigue.   I’ve been injured before (I fell while running – It wasn’t caused by running) and am very conscious of aches and pains, what might be causing them and resting when I feel like I need it.

I am not, however, prepared for this doubt and mistrust of my training program.  I keep seeing this sign in my head: 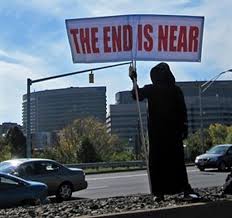 Not really!  I keep seeing this:

And there, my friends, lies the problem.  I don’t trust this new schedule that I’ve been given.  I know the trainers and coaches that put the schedule together know what they are doing, but…

I have to figure out what to do to get past this ‘wall’ of doubt, fear, conflict and skepticism.  On one hand, I am a routine driven person and this change of schedule is a disruption of the routine I already had.  On the other hand, however, I am a ‘rule follower’ so I feel like I should just run whatever this new schedule maps out.   I just don’t know if I want to, though.

Should I keep with this ‘new’ training schedule on RunCoach? 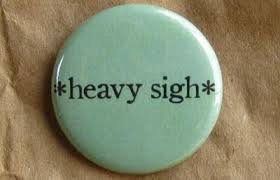 Oh, well – until next time! 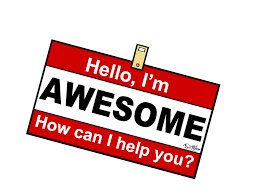 2 Responses to I’ve Hit the Wall